Leave it to 5 Seconds of Summer to spend two hours announcing one song. The pop punk band revealed on Wednesday (July 15) that they have a new ditty coming out in two days, titled “She’s Kinda Hot.”

The countdown began on Tuesday, when the band tweeted a link to 5ONTHEWALL.com. Overnight, we watched the countdown clock wind down until it dropped to all zeroes today. And then, static. And more static. And then there was a 20-minute video with Luke and Calum playing video games.

Needless to say, fans were wondering WTF was going on.

Half an hour later, a graffiti artist stepped up to a bare brick wall, and started using black and white paint to make a mural. This went on for what seemed like years, but was actually an hour and a half. 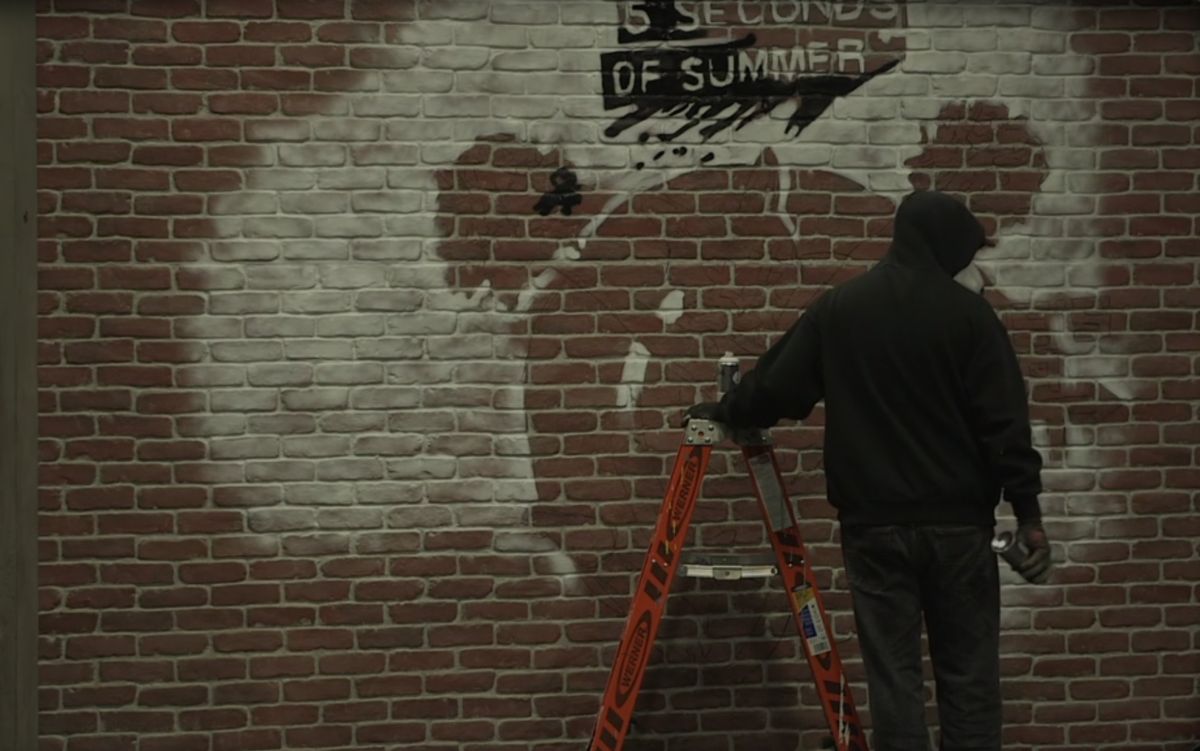 You could hear the 5SOS Fam crying tears of boredom as they waited for the reveal.

The band was barely saying what was going on, only handing out these tweets:

However, fans figured it out fairly quickly, zooming in on the brick wall to find an outline of the painting. They noticed that singer Luke Hemming’s YouTube account changed its avatar to the single art cover and deduced that was what he was painting.

These little sleuths have their ways of finding out. And two hours is way too much time for an announcement on the internet.

Finally, the guys came on at the end, telling fans that “She’s Kinda Hot” will be here soon. “Welcome to the new broken scene,” Ashton Irwin said.

What do you guys think about the 5SOS announcement? Tell us in the comments.

Blogs Reunited and it shore feels good: mike ‘the situation’ sorrentino is back when jersey shore returns 'Every Family Member Is Home' Beginning February 27 Celina Torrijos01/24/20
Blogs Vanessa hudgens and austin butler have reportedly split after nine years The First Big Celeb Breakup Of 2020 Celina Torrijos01/14/20
Music Normani and megan thee stallion unleash their inner harley quinns in ‘diamonds’ They Coming Through Swinging on THeir Fierce 'Birds of Prey' Collab Celina Torrijos01/10/20
Music Bts member suga embraces his shadow in map of the soul: 7 album trailer The Rapper Grapples With The Korean Group’s International Fame And Success On... Celina Torrijos01/09/20
Music Summer walker and usher are denizens of the night in ‘come thru’ Somehow, It Feels Like It's 1997 Again Celina Torrijos01/07/20
Celebrity Lizzo is leaving twitter for a while due to ‘too many trolls’ 'Yeah I Can't Do This Twitter Shit No More' Celina Torrijos01/06/20
Music Justin bieber’s ‘yummy’ video will make you hungry Pink Hair! Lobster Cuddles! A Dance Party! Celina Torrijos01/05/20
Music Vampire weekend’s ‘harmony hall’ just got the coolest intro from a kid’s choir The Band Performed A New Version Of The Song On 'Corden' Giulia Gucciardi12/17/19
Music Inside harry styles’s fine line concert: stevie nicks, surprise covers, and snowfall He Celebrated His New Release By Performing The Album In Its Entirety... Giulia Gucciardi12/14/19